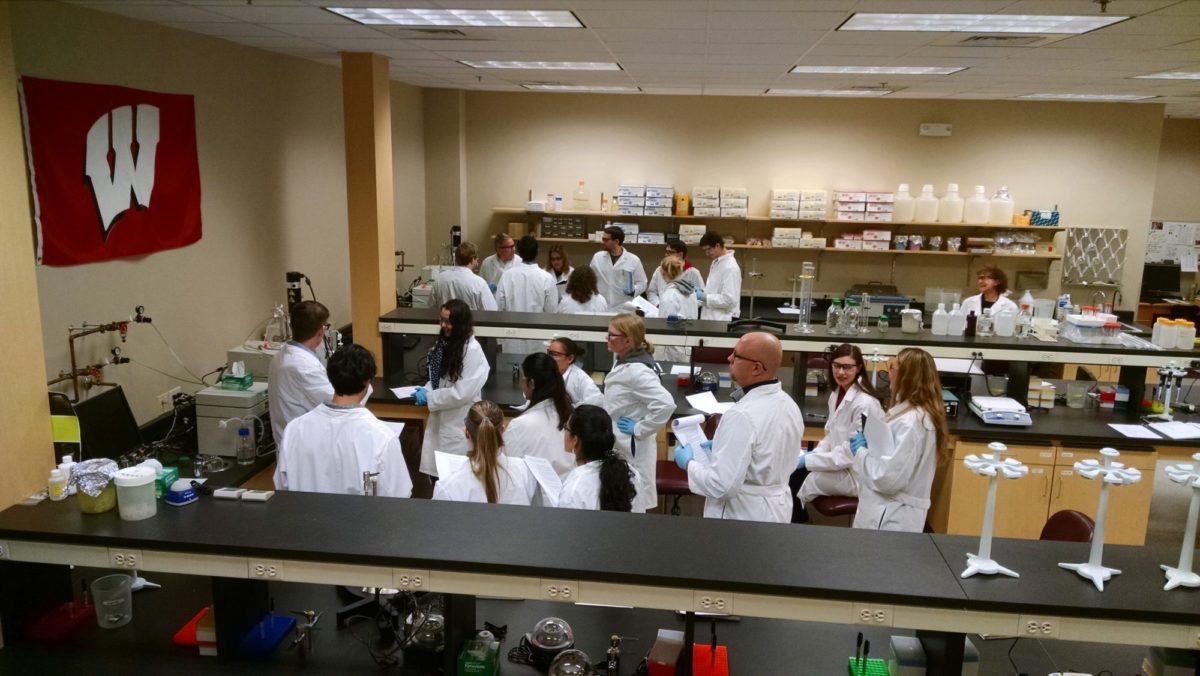 Heather Gerard was a scientist in a medical research lab when she decided to enroll in the University of Wisconsin–Madison Master of Science in Biotechnology Program. She was proficient in a wide variety of molecular biology applications and techniques, but she wanted to explore other options in her field.

Specifically, Gerard wanted to pursue the fusion of science and business and learn how that combination drives the industry. With the M.S. in Biotechnology, she discovered new possibilities in her career, and she got a promotion.

The M.S. in Biotechnology Program focuses on product development and technology-based entrepreneurship, combining the study of science, law, and business. It’s a multidisciplinary program geared toward working professionals, including practicing scientists, technical professionals, attorneys, and business people looking to advance their careers in biotechnology.

To accommodate busy schedules, the program offers classes on evenings and weekends. Instructors include UW–Madison faculty and leaders in the biotechnology field from private industry in the Madison region.

For Gerard, one of the biggest benefits of the M.S. in Biotechnology was meeting a host of people from the biotech industry.

“Learning about their career paths helped me see the potential of my own,” she said. “Having guest speakers from different aspects of biotechnology opened my eyes to a lot of professional opportunities. Just because I had a science degree did not mean I was restricted to being a bench scientist.”

Shortly after enrolling in the M.S. in Biotechnology program, Gerard took a position as a technical service scientist with Madison-based Promega Corporation—but that was just a first step.

“The business courses and introduction to legal aspects really opened my eyes,” she said.

Gerard was promoted at Promega to an intellectual property manager, allowing her to get involved with valuable new discoveries and their conversion into long-term product lines. She works on patent portfolio management, patent analysis, patent drafting, freedom-to-operate analysis, IP budgeting, and management of outside counsel.

“These courses confirmed that I wanted to explore other career possibilities, and the program paved the way to my current position,” she said.

Read more about the Master of Science in Biotechnology Program.