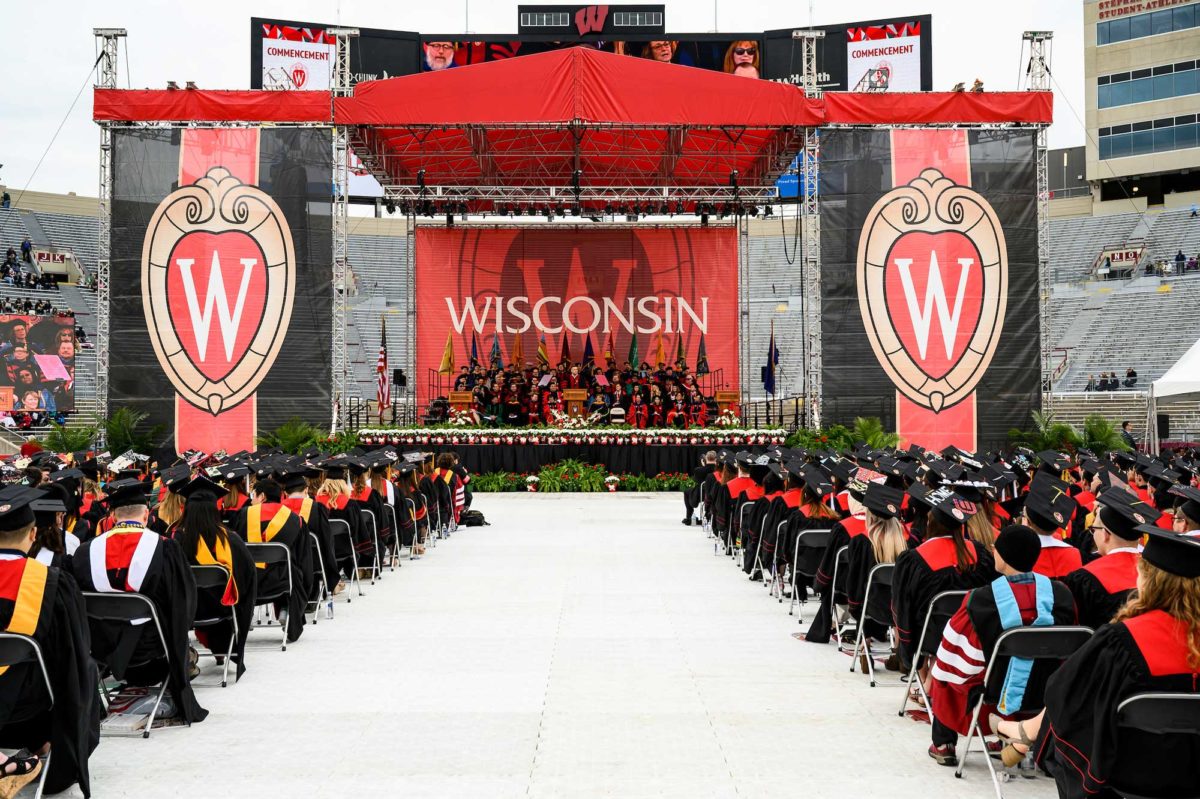 When your mom works with and advocates for children, you gain insight into the struggle, passion, and dedication of a social worker. “Being raised by a social worker you get a huge advantage in school,” says Stephanie Brandsma, who recently got a bachelor’s in social welfare at UW–Madison. “There are a lot of concepts that you just have always understood,” including a “huge understanding of empathy.”

In turn, seeing her children excel in college prompted Shelby Brandsma to go back to school to earn a degree from the Social Work: Part-Time MSW program. Stephanie and Shelby graduated together on the same weekend this May.

Shelby worked at least 40 hours a week, maintained 16 hours of field work and took classes on Saturdays. Stephanie worked throughout college to help support herself. But they supported each other through challenges.

“I am blessed with intelligent children who helped me in technology, tutored me through statistics, proofread papers, and directed me around campus. They also gave me tips on following social norms,” Shelby said.

The Part-Time MSW program takes four years to complete, but because Shelby earned exemptions for her second year, she and Stephanie ended up taking a few classes together and were able to graduate in the same semester.

Shelby adds, “I think [being in college at the same time] has strengthened us both as students. My middle child has a degree in psychology from UW-Stevens Point and between both girls we can talk forever about the human condition. If one of us reads something interesting or if I’m working on a paper and I’m stuck at articulating my thoughts, I just talk to one of them and my thoughts are crystallized.”

The two also helped each other think outside of the box and explore connections between different but related experiences in their social work classes. “I don’t have a narrow view of what social work is because of her,” Stephanie said.

Getting a degree while working

After receiving a bachelor’s in social work, Shelby went to work with children and families, including in child protective services and juvenile justice. Since 2012 she has been the director for Family Court Services in Dodge County. She’s worked in social services with Dodge County for nearly 25 years.

Stephanie studied health and aging. She has a full-time job working on a health literacy program for senior citizens at a local non-profit.

“I don’t think I would have gotten any of these experiences without having her as my mom. I got there because of my own work, but there are just some conceptual core things I’ve always understood because of having a mom who is a social worker,” Stephanie says.

Talking with Stephanie about what she learned in health and aging-related classes was enriching for Shelby as well. “This is a population that I have little experience [with] in the work world, and so I was fascinated by what learned,” Shelby says.

While some students might balk at having a parent in college at the same time, the experience for Stephanie has been enriching. “I’m not embarrassed that she followed me to school,” she says. “It’s been fun. I’m really proud of her to see her overcome her fears to be an adult student. I think it takes a lot to be so established in her career and take the risk to go back to college.”

Next year, Stephanie will follow her mom’s footsteps and start the Part-Time MSW program. She adds, “I know I can handle this work load because I’ve seen her do it.”