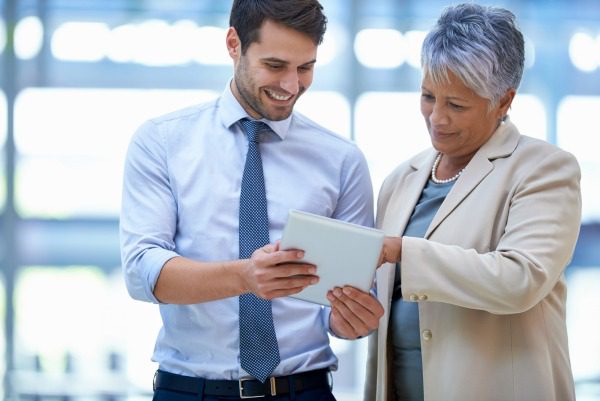 Once upon a time, mentoring involved a one-on-one relationship between an industry veteran and a newcomer. But the role of mentors is evolving.

Nic Schilling exemplifies the old-school approach. He connected with a leader in the company where he did his college internship, stayed in touch over the next few years, and eventually landed a job at the company with his mentor’s help.

Schilling put effort into nurturing a long-term relationship with a mentor and reaped the benefits.

“The best thing we can do is pair up with a senior person in the industry in which we aspire to do great things,” says Schilling, who now runs Madison Crew Business Solutions. “Why make the mistakes someone else made when you can have them coach you and give you advice?”

Today, mentoring doesn’t necessarily involve a strong personal bond. It might not even occur face-to-face.

Most commonly, an employee needs advice for solving a specific problem on the job. A mentor in this situation need not be a senior leader, but a peer or even a young colleague with specialized knowledge. More and more, younger workers are counseling their superiors about technology or other new practices—a scenario called “reverse mentoring.”

According to Randy Emelo of the mentoring software company Triple Creek, “The sole purpose of mentoring was once career advancement and promotion, which explains why mentoring was often seen as merely an activity to groom the next generation of leaders. The goal of mentoring today has shifted to focus on helping anyone gain new insights and abilities.”

Along with new kinds of mentors comes a new way of finding them. Instead of going to lunch with the boss, you can put out a question on a professional organization’s online message board. You can also engage with people on social media or email.

These short-term mentors can help boost your career, albeit in a different way than Nic Schilling’s mentor boosted his. In this case, you’ll be ready to move up the ladder by demonstrating a new set of skills.

“Once the learner has closed his skill gap or incorporated new knowledge into his work, advancement could very well occur, because he has met his particular learning needs,” says Emelo. “To help people create a new mindset around mentoring, it is important to communicate that advancement is sometimes a benefit of mentoring, but not necessarily the goal.”

One thing hasn’t changed in the brave new world of mentoring. To get the most out of the relationship, you have to be receptive to your mentor’s advice. In other words, don’t waste a professional-development opportunity by failing to capitalize on it.

“The main goal,” says Schilling, “is to be open-minded and listen.”

Author Sybil Pressprich is a career and educational counselor for the Division of Continuing Studies at UW-Madison. Pressprich helps adults with career transitions and continuing education through individual sessions and workshops. Email: spressprich@dcs.wisc.edu.

This article originally appeared in the Wisconsin State Journal.